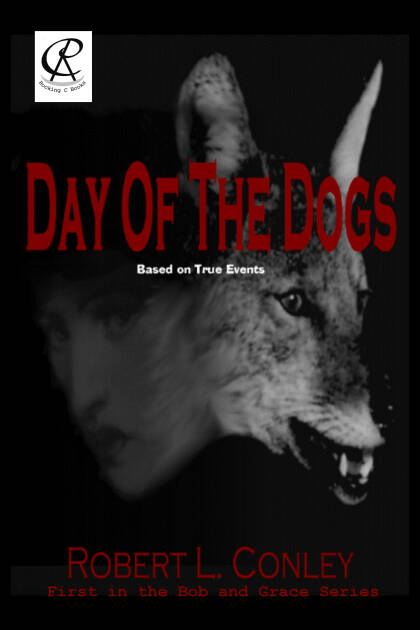 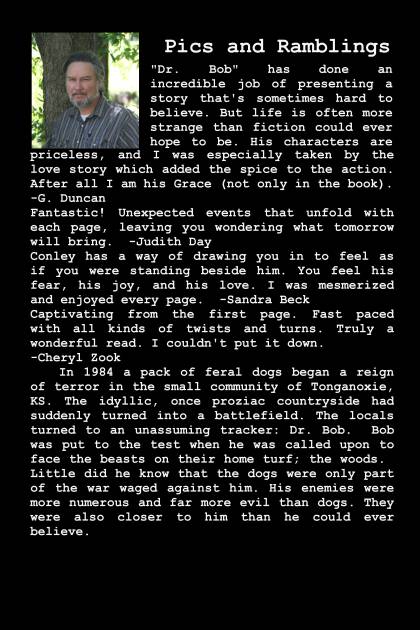 Pics & Ramblings of Day of the Dogs. The adventure of Dr. Bob and Three Toes and Evil itself.

“Dr. Bob” has done an incredible job of presenting a story that’s sometimes hard to believe. But life is often more strange than fiction could ever hope to be. His characters are priceless, and I was especially taken by the love story which added the spice to the action. After all I am his Grace (not only in the book).

Fantastic! Unexpected events that unfold with each page, leaving you wondering what tomorrow will bring.

Conley has a way of drawing you in to feel as if you were standing beside him. You feel his fear, his joy, and his love. I was mesmerized and enjoyed every page.

Captivating from the first page. Fast paced with all kinds of twists and turns. Truly a wonderful read. I couldn’t put it down.

In 1984 a pack of feral dogs began a reign of terror in the small community or Tonganoxie, KS. The idyllic, once proziac country side had suddenly turned into a battlefield. The locals turned to an unassuming tracker: Dr. Bob. Bob was put to the test when he was called upon to face the beasts on their home turf; the woods. Little did he know that the dogs were only part of the war waged against him. His enemies were more numerous and far more evil than dogs. They were also closer to him than he could ever believe.